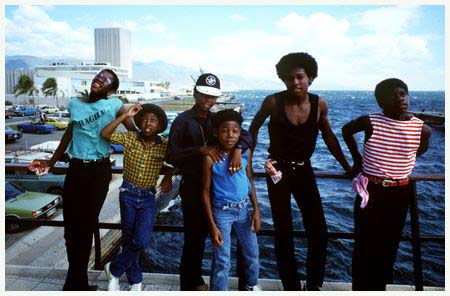 Pass the Dutchie on the left hand side

Pass the Dutchie on the left hand side

It a gonna burn, give me music make me jump and prance

It a go done, give me the music make me rock in the dance

In 1982, I was not yet ten, and loved this song almost automatically. It was catchy and fun, even when I had no idea what was being sung after the phrase “Pass the Dutchie”. I didn’t know that the song was a cover song of the song “Pass the Kouchie” by the group The Mighty Diamonds with some major edits involved. Because the members of Musical Youth were all under the age of 18, with some members as young as 11, the Jamaican term  “kouchie” was changed to “dutchie” because “kouchie” refers to weed, also called herb. The verse, “how does it feel when you got no herb,” was then changed to “how does it feel when you got no food”, using the title term “dutchie” which in Jamaican patois refers to a Dutch oven. A few minor changes transformed a provocative song about getting high into a classic dance hit by a group of young boys from England’s poorest streets. The success of the song was not expected.

“We kind of went quiet on it and we wasn’t expecting too much if you can understand what I’m saying because the record company didn’t expect it to do as well as it did,” Michael Grant said in a 2002 interview with Designer Magazine.  He says that the song entered the music charts much higher than was anticipated by the record label. “They expected it to go in at #55 and it went in at #26 and then when it went from #26 to #1 they were caught a bit on the hop because they weren’t expecting the level of sales it generated.”

Read more of this article on SoulTrain.com.

Read all of my SoulTrain.com articles here.

Khadijah Z. Ali-Coleman is a writer and editor of several books, including the anthology Liberated Muse Volume I: How I Freed My Soul.  She offers editing, proofreading and creative coaching services to authors who self-publish. She has written for numerous print and digital spaces, including SoulBounce, Examiner.com, Honey Mag, and East of the River Magazine. She is currently a music writer with SoulTrain.com. Contact her at KhadijahOnline@gmail.com to hire her.