Anyone who knows me knows that I value the idea of having many irons in the fire. When I first heard that phrase from a Teena Marie song, I brain-marked it for later use in any subsequent bios I would write about myself. I knew that whoever reinforced the notion that you should find one thing you’re good at it and stick to it didn’t do much in the way of broadening their horizons. For, it’s a fact that a well-rounded person doesn’t become well-rounded by only liking or doing one thing.

But, when it comes to the arts, sometimes your audience and fan base will not appreciate your deviation from the tried and true as much as you would want them to. I remember my days as 7th grader in a new school being asked by the talent show coordinator– one of my favorite teachers from elementary school and biggest supporters who had begun teaching at my middle school– to perform a dance routine instead of singing a song which I had really wanted to do. He had remembered my dance performances I would do every year from 4-6 grade and thought it would be great to continue the tradition in middle school. I, however, wanted to sing a song I had written. I wound up just sitting out that year from performing, not wanting to make him disappointed in me, but really not wanting to dance. That moment  inspired me later to be better about articulating my needs and staying true to the many parts of me. It also gave me clarity about how folks get used to seeing you one way and are reluctant to let you switch lanes. Staying in the safe lane for their benefit so they can better label you, categorize you and quickly be able to point out your signature style may be flattering at first as you cater to your audience. However, continuing to do so may stunt your personal growth as an artist instead of promote it.

Outdated As An Idea

Back in the day when Motown was flourishing and all singers that broke big could “SANG”, the belief was that you didn’t do anything artistically unless you were the very best. What was considered “best” though was grounded in very limiting confines. My mom, an early piano player, tells me that kids growing up and taking music lessons were often taught early that if you weren’t the best in your class, then you should try a career path outside of your chosen art form to avoid embarrassing yourself. A viewpoint of abundance was not in operation during this time. Instead, the belief was that there are limited spots to succeed in any one area and you should stick to what you excel in. But, thankfully, not everyone listened to that advice and some of my artistic heroines and heroes were able to slip through.

Jumping OUT of Your Lane 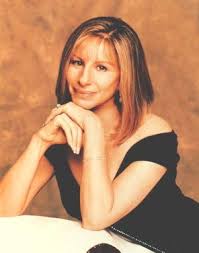 I wonder what would have happened if one of my favorite creatives– Barbra Streisand— decided to stay in one lane and stick to acting only since that’s what she started and was pretty good at. If she had focused solely on acting, would we have been able to witness her beautiful voice on classics like “The Way We Were” or “Evergreen” or enjoyed movies like “Yentl” which she wrote the screenplay for? If she had listened to people who told her she wasn’t pretty enough to be in film or didn’t have the right sound to be making music, where would her career be now?

I think about another she-ro who jumped out of her lane  and inspires me to do the same. Dancer/actress Debbie Allen, who those of us babies who grew up in the 80’s and 90’s remember as Lydia Grant from the film and TV show “Fame”,  jumped out of her lane to produce and direct the “Cosby Show” spin-off show, “A Different World” for six years. This non-stop creative later went on to write a children’s book, “Dancing in the Wings” that shares the notion with little aspiring creatives that you should never give up on your dreams. At 61, she is still going non-stop in areas outside of just one field of work, serving as a judge on “So You Think You Can Dance”, running a dance school and continuing to direct and produce for tv.

Stories abound about people who jumped outside their lane once dumping the naysayars. One of my clients, Karen Bushrod Minors, who self-published her first book, “It Is What It Is” this past Spring is one of my sheroes as she decided to write her book despite other authors telling her that she shouldn’t quit her day job. A nurse by profession, Karen had a talent for writing that she hadn’t fully explored due to those close telling her to stick to what she was good at, though having no clue about how good she really is as a writer. Thankfully, she stopped listening, dumped the naysayers and decided to jump out of her lane and write her book which she sold over 100 copies of out of the back of her car in less than two months. A gifted networker, Karen took her own success as an incentive to create the event “Taste N Books” in Waldorf, MD which debuted in May to showcase other self-published authors like herself.

The Benefits Are Many

At the end of the day, the evidence points to that those who jump outside of their lane benefit in ways that those who stay boxed in one lane don’t enjoy. For starters,

If you would like support in jumping out of your lane, hire me as your creativity coach today! Click here for more info.